In March, Microsoft added params responsible for deleting messages in chats and for using Office preview as a base of Teams public preview.

Get-CsTeamsMeetingBroadcastConfiguration has now another property: SdnRuntimeConfiguration. There's no corresponding parameter for Set- cmdlet, so it's currently not clear what values will be accepted.

Related with SDN/eCDN for Live Events.

Currently, only the sender can delete sent messages in direct/group chat. It's probably going to be changed as soon as that property is operational.

The question is - who is full chat permission user? My guess is that it'd be applied to all members of group chat, unless Microsoft is going to introduce another role for chats. I haven't found any mention of new chat role in the roadmap for Teams or UserVoice.

For meeting chat, it'd be either everyone invited (excluding ad-hoc added participants) or only someone with either Organizer or Presenter role.

By the way, have you heard that Organizer role will soon be assignable? Microsoft confirmed that via UserVoice 2 months ago.

It might mean that Microsoft is going to automatically set public preview release to everyone, who is set to get targeted releases for Microsoft 365 Apps for Enterprise. It might also explain, why the option to use public preview disappeared from user interface today: 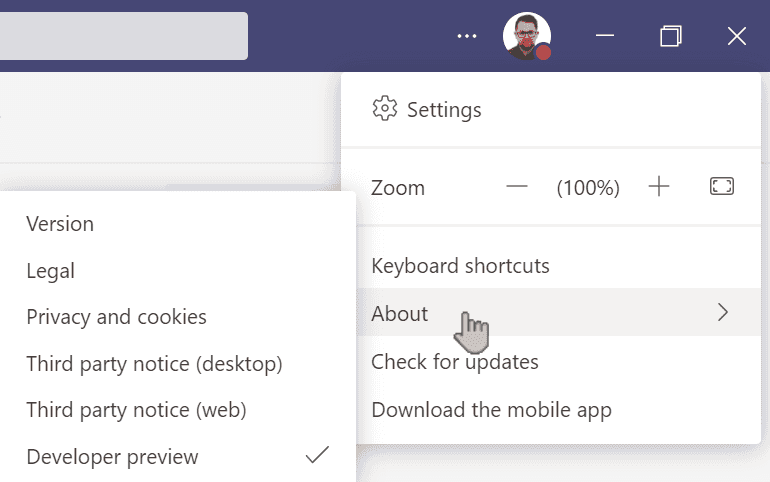 UPDATE: Public preview option is back in Teams client.

As for the previous ones, there's no corresponding param for Set-CsTeamsUpdateManagementPolicy cmdlet.

You can read more about these cmdlets in my article about CsTeamsUpdateManagementPolicy cmdlets. As for now, they're all undocumented in official repository.