There are some cases in which you'd like to supress a flow in Power Automate for certain period of time. Be careful - turning it off doesn't always work as expected!

I have created a flow for leave request system some time ago. Its purpose was to replace current 'system' which was based on one Excel file. The main functionality was the approval process, which triggered each time new item was added to the list.

After extensive testing, I was about to go live with it. However, to maintain the correct quota available to employees, I had to import all the existing requests first. The obvious idea was to turn off the flow, add items, and then turn it on.

Would you do the same if you were me?

If the answer is yes, you might be in trouble ;) that day I learnt that disabling flow doesn't make it not being triggered by the items added afterwards. It just makes it being triggered all at once when you turn the flow back on.

NOTE: What makes it even more difficult to troubleshoot, flows start in the same time so there's no guarantee they'll be processed in order they were added

Let's confirm it's still the case

As a test I created very basic flow: 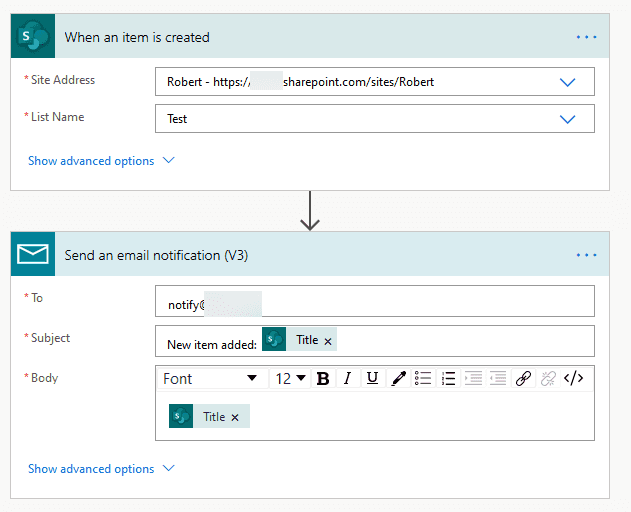 I added one item to confirm it's working. It was: 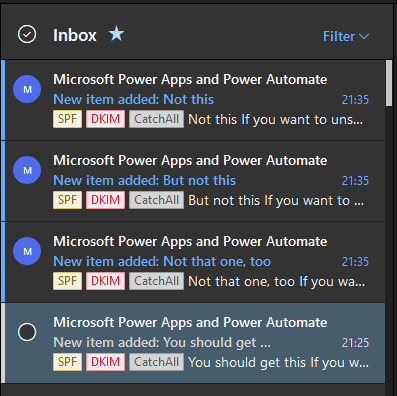 You mighy wonder if the same happens if you turn on your flow with longer delay. From my testing it does. I checked for one item which was created more than 70 hours prior to re-enabling the flow and I received the notification: 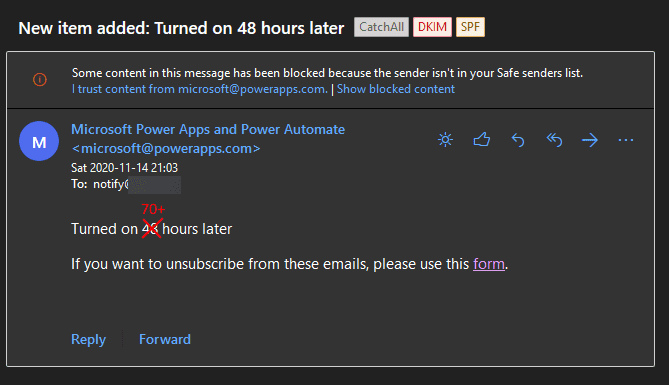 How to handle it?

Simple condition should be enough:

The condition will skip all the items added more than 2 hours ago. Wait enough after importing data and you're good to go.

You'll be able to determine skipped flows by their status:

Once you're done with importing, you can safely delete the condition.